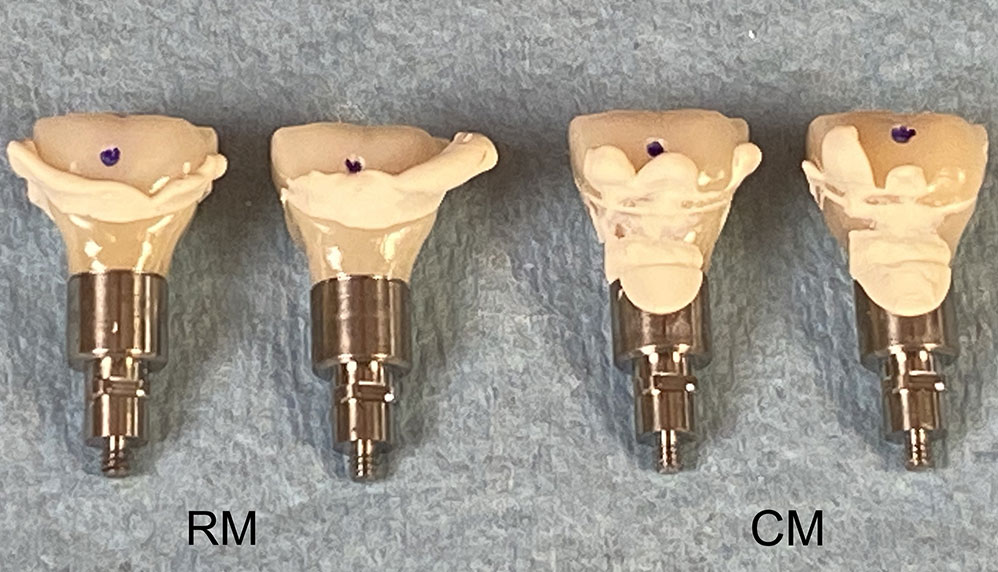 Implant treatment has greatly improved the level of care we can offer our patients. According to Misch 2015, many implant retained prosthetics are being installed by a means of intra-oral cementation. (1) The other main fixed prosthesis installation process is by “screwing the already assembled abutment-prosthesis complex”, directly onto dental implants in the mouth. (2)

According to a review by Sherif et al., 2014 (3) the longevity and failure rates resulting from the two above prosthesis insertion techniques are not significantly different. Considering that implant treat-ment is becoming ever-more popular and 2.5 million dental implants will be placed in the USA in 2015 (according to an iDataresearch.com report). Even a 5% failure rate would mean 125,000 of these implants will fail over 5 years. That is a lot of failed dental implants and many of these failed implants will also result in failed implant prosthetics. Failure is very expensive.

Sorry, the comment form is closed at this time.